Caring About People - The Most Important Skill

I've studied leadership and leaders for years. My dad was insistent that I read books such as "Think and Grow Rich" by Napoleon Hill, "Success Is a Choice" by Rick Pitino, and "Iacocca" by Lee Iacocca. I'd spend hours in his car on trips listening to audio tapes of Brian Tracy, Charlie "Tremendous" Jones, and the great Dr. Norman Vincent Peale. When I graduated college, my Dad said he wanted to provide one last piece of education to me, something that changed his life and helped him build a successful business. He always spoke with high regard for the writings of Dale Carnegie and the completion of the well known Dale Carnegie Course. Dad proudly displayed his certificate of completion from the course in his office and often pointed out how valuable the experience was to him. I graduated college in May 1995, and enrolled in the 12 week Dale Carnegie Course in August 1995. Each week Dad would ask me about the class and he would share experiences he still vividly remembered about his class. The course features some content focused on getting people out of their comfort zone, and I excelled in this area winning a class award for my passionate speech which saw all 6'5" of me stand on a classroom table and hit ceiling tiles. I received a rousing round of applause. Before the course was completed, my Dad passed away suddenly of a heart attack. He never got to see me complete the course, and it was the last thing my Dad ever bought for me. We all called my Dad "Coach", because he coached high school basketball early in his career after playing at the collegiate level at Murray State University. If you've ever played sports, you know a great coach is hard on you, he works you, he expects a lot from you...but he loves you and wants to make you the best version of you so you can be a winner. So being called "Coach" was an honor.


So why am I writing this blog post about a personal achievement and a tragedy in my life? It's because one of Dad's favorite books is "How To Win Friends and Influence People" written by Dale Carnegie. He taught me from the time I was a little boy, that people are what matters. That no matter what job title you have, your #1 business is the relationship business. I saw him practice this all my life. Hiring guys unqualified for the job because they had a good attitude. More often than not, the gamble was a successful one. Dad was a master motivator and always preaching about "PMA"...Positive Mental Attitude. If he suspected you were down, he'd ask "how's your PMA?".

Every job description for a leadership role I've ever seen lists something similar to "Must have XX years experience in leadership". I'd like to see that changed to "Must have the heart of a servant. Must be a coach. Must be a mentor. Must be able to develop your employees to take your job. Must give a damn.". Smart organizations know that skill is a commodity, especially in the technology realm. If you need a specific skill set, that's easy to obtain temporarily or have staff trained. Technology is more about business, compliance, risk, etc. Skills can be taught, but personality cannot.
If your organization is hiring people, focus on the proverbial "soft" skills more than the tech skills. Obviously there needs to be a level of competency in anyone you hire. They have to have the skill to do the job. But the most highly skilled individuals aren't always the best employees. You should always seek employees with a high Emotional Quotient (EQ). The subject of EQ would fill up too much space to cover here, but here's a quick one pager on what EQ is. 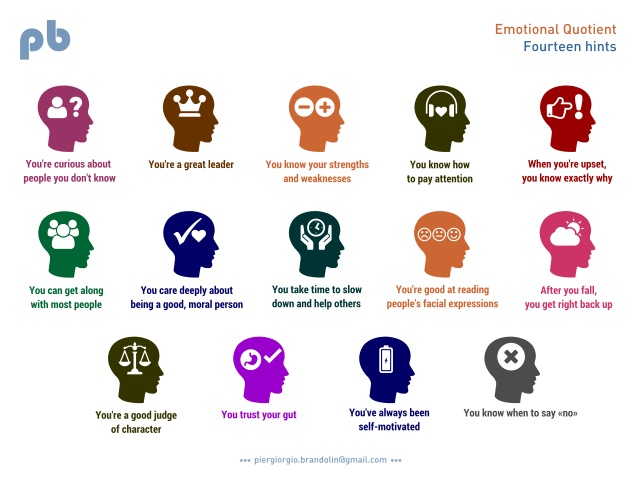 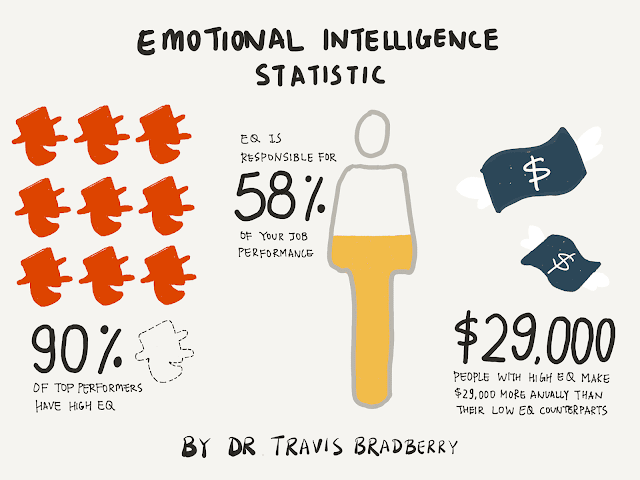 These figures support what my Dad told me years ago. No matter what your job is, you're in the relationship business. This becomes even more critical as companies begin implementing alternative workspace solutions (aka. work from home) as well as distributed locations. When you see someone face to face, you can read their body language, but when you're on a phone call or web based meeting, you have to learn to read vocal inflections, pauses, and also know that lack of any response is in and of itself a powerful response.

Living in Nashville and being a amateur musician, I know a lot of music industry professionals. All of them have told me in some way or another this statement, "In Nashville, it's assumed you can play, that's not an issue...but do I want to be on a tour bus with you for 10 months?". One of my friends in the business calls it being a "good dude". Even at my level of playing, I could be a functional bass player in most bands. I'm not the most prolific player, and never will be, but I fancy myself to be a pretty "good dude" and have gotten some gigs simply because I get along with people well, I come prepared, and I do my best to help the other guys in the band. For example, I won't leave until everyone's gear has been loaded and everyone paid. As part of the band, you're a member of that team.

There is always a flip side to every opinion. And there are plenty of examples where being a not so nice guy has created lots of success. Steve Jobs was notoriously difficult to work with. History is packed with examples of military leaders who shouted and ordered their way to victory. Leading through fear and intimidation has proven effective. A former co-worker of mine grew up in China and told an account of when the Chinese military came in with machine guns and demanded data be turned over to the government. Obviously, that got the job done. But ultimately, my co-worker moved to the United States.

If you can change your corporate culture to one of caring and concern for your fellow co-workers...at all levels...your organization will be more successful. Corporate culture is not having a game room, or free lunch Fridays...those are "perks". Culture is having a true concern for the humans who work there. Knowing who they are. Knowing their families, hobbies, etc. Being invested in them outside of the work they do. A friend of mine carries two cell phones as do a number of my co-workers. When I asked him why he said, "I don't want to mix my work and personal lives". HUH? My work IS my personal life. I spend a great deal of time at work with my colleagues every day. More time than I spend with my family. That's why it's so important to work at a company where you are cared about, listened to, and invested in.
at June 07, 2019