Besides my love of business, leadership, motivation, and mentoring....I am also an avid music lover. So much so that 9 years ago I decided to learn to play bass guitar. Over the years I have learned that it's not just the notes you play, but how you play the notes, when you play the notes, and how those notes sound. This wasn't something foreign to me as this is the same lesson I learned as a communication major when I was in college. It's not just the words you say, but how you say them, when you say them, who says them, and how they sound. In the music industry, we call this "tone". Musicians spend untold time and money on developing their signature sound or mimicking the sound of their favorite artists. One of the effects often used in music is called compression. Compression is a complicated subject that unless you are a music geek or recording engineer you won't care much about. Basically, compression sets a threshold and any notes you play louder than the threshold are reduced in volume making them closer in volume to the quieter notes. 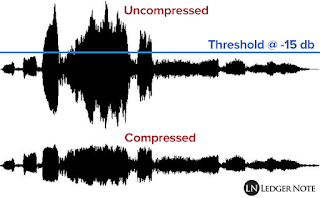 Above is an example of a compressed audio stream. The notes above the threshold are reduced, but they are still heard...just not as loudly. So what does this have to do with leadership? Quite a lot actually. If you lead a team, chances are you have a group dynamic. You have individuals who are quiet and individuals who are never shy about sharing their opinions and ideas. While the more extroverted individuals on your team are doing all the talking....everyone else is listening and thinking. As a team leader, you have to act as the compressor. You still want your loudest team members to be heard, but you want to dial them down a bit and make them more equal to the quieter members.  There are a number of ways to do this. In musical compression there is a term called the "Knee". Compressors are either "hard knee" or "soft knee". A hard knee means when the threshold is reached the note is dramatically reduced in volume. Soft knee reduces the note volume progressively the closer it gets to the threshold. 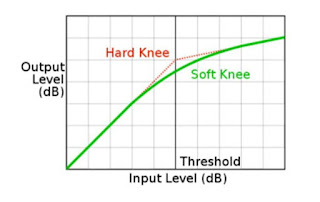 As a team leader, you obviously don't want to use a hard knee approach. Setting time limits or simply telling someone to "shut up" is not a good tactic. Neither is not allowing your more vocal team members to speak. Remember, we still want to hear those notes...just not as loudly.  As a leader, one of your main jobs is to make sure everyone on your team is heard and knows that their input is valued. Does that mean all input is valuable? No. There is a difference in valuing something, and something being valuable. An old t-shirt that belonged to a family member who has passed on may be valued by its owner, but if he tried to sell the shirt it wouldn't bring much money, so it is not valuable. All input from your team members must be valued, but it may not always be valuable. When my teams began collaborating on something I try to remind them that in the early stages it is about quantity of ideas...not quality. Why is this? Because you never know when some hair brained idea will jar something loose in someone else's head. When your team doesn't have to focus on the quality of their suggestions, they are more likely to speak up. Especially in an environment that values all input. This is how you achieve some soft knee compression. Instead of quieting down the loud notes, we've made the quieter notes a little louder by fostering an environment where they are willing to speak. On the flip side, if they are talking, that means your "loud note" people are listening and thinking. This gives them time to construct more valuable ideas which they normally wouldn't have time to do as they were too busy talking. This "soft knee" approach feels more organic and will generally give you a better outcome than squelching the loud people and calling out the quite people. Most folks don't enjoy being put on the spot. 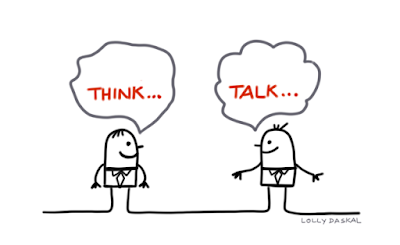 Compression can be turned up to such a high level that it does indeed ruin the dynamics of the music. Giving it a constrained, flat, lifeless tone. This is sometimes called "limiting" and it's aptly named.  The same can happen with teams. If you lead a team, you must actively focus on LISTENING to your team. Not only in a group, but individually. Let them know that you value their input and that their participation on your team is VALUABLE. Celebrate their diversity and find ways to leverage it. 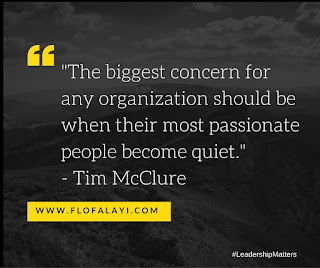 The above quote is the outcome of  "limiting" your team. When people's input is ignored or worse yet, not even heard, there will be no more loud notes.  This is death for a supervisor. Notice I didn't say "leader"...I said supervisor. Maybe boss or manager is a good word too. A leader would never let their team stop talking. Being an effective leader isn't about making decisions and achieving personal success. It's about empowering others to make decisions, removing obstacles, and being a part of the team's success. As a leader, are you providing the right amount of compression to allow you team to function optimally, or are you limiting them by making unilateral decisions and telling them "how it's gonna be"?
at August 08, 2019